We know we're in trouble when...

... our government leaders have their heads so far in the sand that they tell 14-billion-dollar lies at the Durban Climate Change Conference. When they blame China, India and Brazil for not doing enough to reduce greenhouse gas emissions (when China has actually done more per capita than Canada!) And when they take their marbles and go home before positive things have a chance to happen. Talk about childish!

I'm not saying that the Kyoto Protocol was the be all and end all of Global Climate Change action. Its flaws are many, and touted well enough by the press. But it was a place to start. And if the Canadian government under the Conservatives had stuck to the original agreement put in place by the former government, Canada would be within 20% of achieving its original goals in cutting carbon emissions. Instead, our country has gone backwards, and Peter Kent has pulled Canada out of the agreement entirely, without the approval of the Canadian public. No wonder Canada has Colossal Fossil status in the world when it comes to environmental sensitivity! 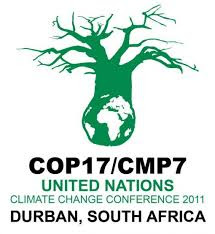 What Kent and Prime Minister Harper seem to be ignoring is that we have to begin somewhere to turn things around. So the Kyoto conversation didn't take a direction of which they approved. That doesn't give them the right to walk away. We need climate action now. We're already well past the 350 parts per million of greenhouse gases that are considered borderline "safe" for our atmosphere. Putting the economy's woes above our environment's degradation might win Peter Kent a few political points in the minds of his Big Oil supporters for the moment, but it's not going to prevent microburst storms from knocking the glass out of Calgary's skyscrapers, or end the drought in the Horn of Africa. If we don't do something now, we have less than a 66% chance of keeping climate issues to a dull roar... and how many of us would get on a plane if we had less than 2/3 of a chance of landing? (That brilliant point was made on a radio commentary I heard this morning.)

I've already written to Peter Kent and Prime Minister Harper about the importance of participating fully in the climate talks in Durban. I told them that they need to do something for the sake of their children, grandchildren, and future generations. Of course, they didn't want to hear me, so now I'll just have to write them again.

I'm sure I'm not the only one who objects to their refusal to talk about climate change in a constructive fashion. So, my friends... wherever you are, please, today, write a respectful letter to your elected officials. Tell them that Global Climate Change is real, it's our planet's most pressing issue (we'll get through economic meltdowns somehow, but not planetary ones!) and it's time to do something about it. Time to find alternatives to burning fossil fuels. Time to build sustainable economies using alternate energies (entire towns in Germany are already off the grid!) Time to wake up! And do what's necessary, even if it means we have to make some sacrifices.

Here's where you can find an email address for your elected Member of Parliament: http://www.parl.gc.ca/MembersOfParliament/MainMPsCompleteList.aspx?TimePeriod=Current&Language=E

If you're from outside of Canada, I'm sorry I can't guess at who your elected officials might be, but please, google them and send them a note. We really don't want more climate trouble than we already have. And we know we'll have even more trouble if we throw up our hands in dismay and do nothing! Maybe, if enough people speak truth to power, things will get done in time. We live in hope, right?

Here's my letter to Prime Minister Harper. Feel free to use it if you need some sort of template for your own letter.

I am saddened, disappointed, and ashamed of the fact that you allowed Peter Kent to pull Canada out of participation in the Climate Change Conference in Durban without having the decency to come up with and present concerned Canadians with a serious plan to reduce the effects of global climate change. Future generations deserve better from your government! Your kids deserve better!

I expect to see some serious initiatives to reduce Canada's dependency upon carbon based fuels and technologies, and to make wise transitions to a more sustainable future. Our economy must move away from the Oil Sands and toward sustainable energy sources like wind, solar, and geothermal. We need to work with other countries to protect our planet from further climate catastrophes, and walking away from opportunities to reduce our share of carbon emissions will not prevent Calgary skyscrapers from being buffeted by microburst storms, or stop the flooding of Manitoba, or ease the need for monies sent by Canadians to help with drought and famine in the Horn of Africa. What will it take for you and the rest of our government to wake up to the environmental crisis that we still have time to avert? A tornado in the House of Commons?

I am ready to make sacrifices if I have to. Are you?

What is your plan to reduce Canada's emissions and encourage other international leaders to do the same? Canada should be taking a leadership role here, rather than lagging behind everyone else as a colossal fossil. As our Prime Minister, you have the opportunity to come up with a really good plan. Please use it.
﻿
Posted by Maria K. at 5:02 PM